The talented music crooner, comes up with this single ‘Mama’ as his second debut release for the year.

Prior to the release of this melodious tune, Alikiba dedicated this song to the president of his country, Tanzania. In his exact words he stated;

“This is a special song and a gift to applaud and congratulate President Samia Suluhu Hassan (Mama Samia), first for her outstanding work that has been done, and to recognize the efforts put in by the authorities to bringing positive change and development to the nation..”

Furthermore he stated; “The song is released today as a gift to acknowledge the efforts to promote tourism sector through the program (Royal Tour) which is one of the important economic sector in our country.”

However, this prepares him for more projects in his career. The song was produced by, Mocco Genius 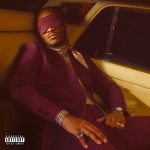