This video is a follow up to his previously released visuals- ‘Julie’, JAILER is a carribean-infused Jamaican joint that sees Olamide putting together a masterpiece alongside Jaywillz

According to Olamide; “‘Jailer’ was just vibes and feel-good music from me and Jaywillz. He came up with this hook, then we started cooking up the chorus and the beat as well. We were just trying different sounds from around the world as I chopped verses up. I’m taking a bit of everything and just mixing it up with my Afrobeats sounds nowadays.” 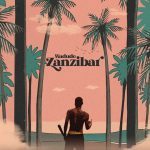